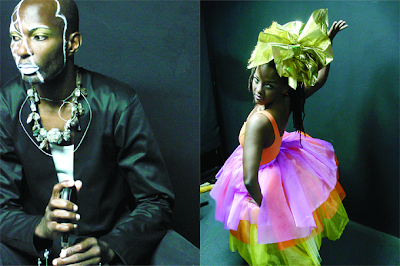 
Queen’s Hall in St Ann’s was treated to a delightful cultural show over the CHOGM weekend. November 22 marked the first major event of the Commonwealth Heads of Government Meeting (CHOGM) with the opening of the People’s Forum at Queen’s Hall at 6 pm. The People’s Forum was one of three civilian Forums held within the CHOGM umbrella—the others being a Youth and Business Forum. Apart from the speeches by the Head of the Commonwealth Foundation and an address by Prime Minister Patrick Manning, the artistes of T&T began to show their excellence to our visitors. This would have launched a week of local artistic excellence which climaxed with the extravaganza for the official launch later in the week.
Read it all here at Guardian Features .

Posted by Richard Mark Rawlins at 5:25 AM