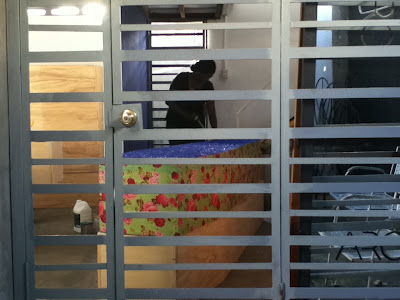 There are nine coffins in Alice yard. One of them is coated in sparkly blue glitter; one of them is wrapped in gold lace and red plastic doilies, dotted here and there with diamantes. This is new work by Jamaican artist, Ebony G Patterson. 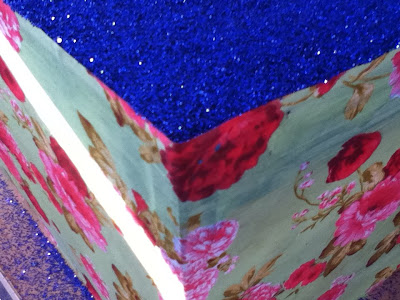 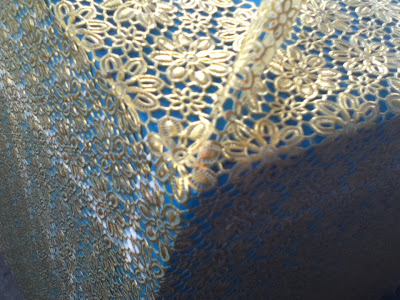 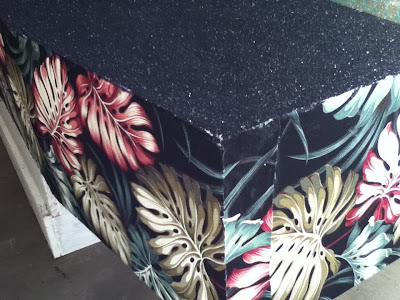 Patterson has been in Trinidad for nearly two weeks on an Alice Yard artist residency. This body of work, called 9 of 219, literally describes the number of murders that happened in Trinidad during a few days of her time here. It also continues her examination of Jamaican dancehall culture. In this case, the coffins form part of her interpretation of a “Bling Funeral”, in which, as she explains, Jamaicans from inner city communities wear dancehall fashion and bling to funerals. 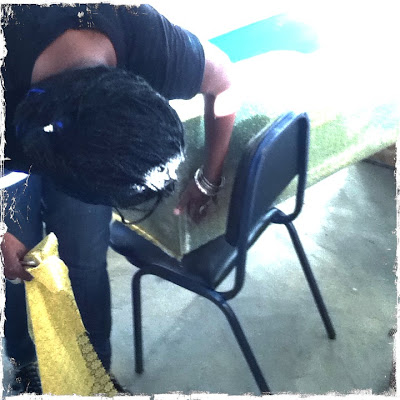 We’re inviting everyone to come and see the work at Alice Yard (80 Roberts Street) on Monday, July 25th at 7pm. The night will begin with a candlelight vigil, so walk with your candles!

Born a native of Kingston , Jamaica in 1981,Ebony G. Patterson graduated from the Edna Manley College of the Visual and Performing Arts in 2004, where she received an Honors Diploma in Painting and from Sam Fox College of Art and Design at the Washington University in St. Louis in 2006, with a Masters in Fine Arts in Printmaking and Drawing.

About Alice Yard:
This was once the house of Sean Leonard’s great-grandmother. Four generations of children played and imagined in this yard, and now we continue this tradition. Alice Yard is a space for creative experiment, collaboration, and improvisation.

Alice Yard is administered and curated by architect Sean Leonard, artist Christopher Cozier, writer and editor Nicholas Laughlin, and musician Sheldon Holder, with the help of a growing network of creative collaborators.
http://aliceyard.blogspot.com/
Posted by Richard Mark Rawlins at 8:58 AM