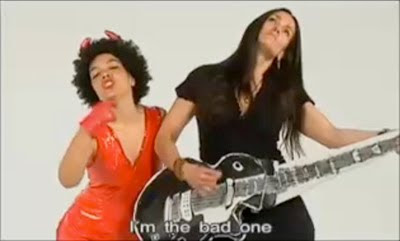 Proximities is a programme of five artists' videos posing questions about family and domesticity, intimacy and publicity, anxieties and appetites. Curated by artist Christopher Cozier, Proximities explores the medium of video and its relations with performance, spontaneity, and self-revelation. The programme opens on Thursday 22 April at 8.00 pm, at Alice Yard, and runs for four nights over two weeks. See the detailed schedule below.

“I experienced most of these works in various exhibitions or while travelling between 2007 and 2008, and one or two were sent to me. They had an impact on me and lived with me because of their relatively simple and/or efficient use of video, and because the expression and/or investigation of intimacy — the use of self as subject — the personal and its relation to the public space, especially in the anglophone Caribbean — are concerns that are rarely directly visualised.

“Also, Trinidad is seven miles off the coast of the South American continent. Most of these works come from or engage the Latin American world — a space, history, and sensibility we share but also rarely engage.”

The videos will be installed in various spaces at Alice Yard, and will play simultaneously and continuously throughout each evening.

For more information about the artists, visit the Alice Yard website.
Posted by Richard Mark Rawlins at 5:04 AM