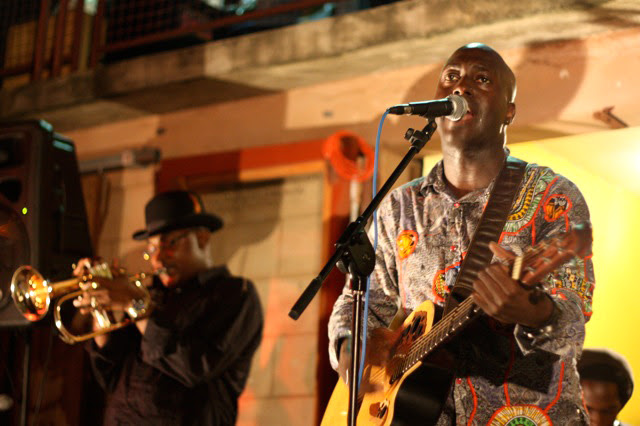 Sheldon Holder performing with 12 the band at "Free yourself, be yourself", Wednesday 9 September, 2009, part of Alice Yard's free+three anniversary programme. The event also celebrated 12's tenth anniversary and the launch of their album Streets and Avenues. Photo by Richard Rawlins. 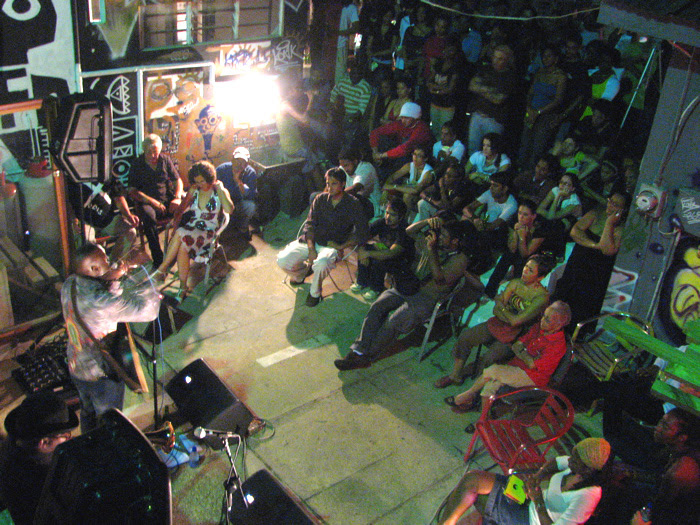 The audience in Alice Yard during 12's performance. Photo by Nicholas Laughlin. 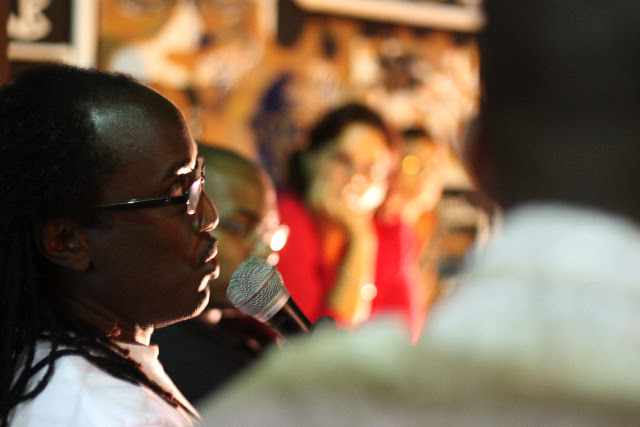 Sean Leonard participating in a conversation about "The idea of free", Monday 7 September, 2009. Photo by Richard Rawlins. 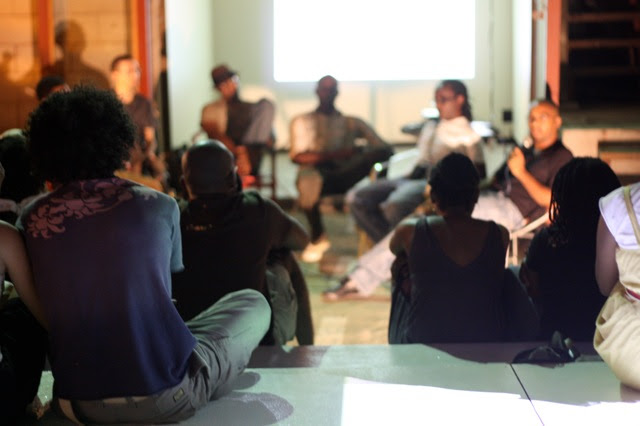 Part of the audience at "The idea of free". Photo by Mariel Brown.


See more photos from free+three here, and the full programme of events here.
Posted by Richard Mark Rawlins at 1:09 PM