FOLLOWING THE release of the trailer for a new full-length feature movie and television series – The Ananci Chronicles; the announcement of a new co-production initiative that will see Trinidad and Tobago partner with Canada to expand the animation industry locally; a renewed focus on training and education and the introduction of a new awards programme for younger artists, the Octy Awards; Animae Caribe 2009, the Caribbean’s only Animation and New Media Festival came to a close. This year’s Festival, now in its eighth year, was held from September 30 to October 3, and attracted some of the best and brightest animators from around the globe to Trinidad to share both their knowledge and their body of work. read the full article here in the Newsday 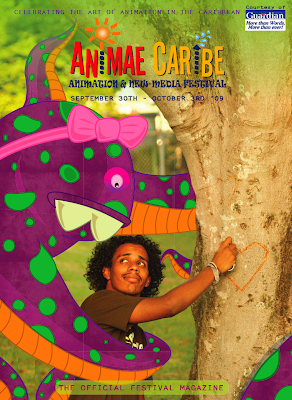 Among the night's winners was Wendell McShine for 'Best Music Video' 12theBand's Prosper off the 'Streets and Avenues' album.

Posted by Richard Mark Rawlins at 4:09 AM