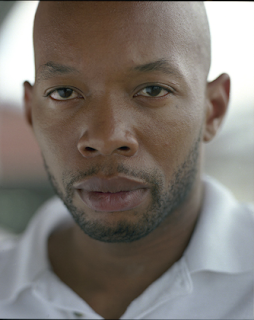 Often characterized as "midcareer" awards, Guggenheim Fellowships are intended for men and women who have already demonstrated exceptional capacity for productive scholarship or exceptional creative ability in the arts.

Marlon Griffith attended the John S. Donaldson Technical Institute, Port of Spain, Trinidad. He has been an artist in residence at Bag Factory and City + Suburban Studios in Johannesburg and the Mino Paper Art Village in Japan. He has also participated in workshops in Martinique and Guadeloupe and has shown his work internationally in New York, Johannesburg, Kingston, Gwangju, Cape Town, and Toronto, among other locations.

He started his artistic career as a Carnival designer—as a “mas man,” as Trinidadians would call him—and he continues to design carnival bands today, for Trinidad Carnival and Notting Hill Carnival in London. This background deeply shapes his work as a contemporary visual artist, which has performative, participatory, and ephemeral characteristics that derive from Carnival. Carnival costumes are, for instance, normally discarded on Ash Wednesday, and this lack of concern with permanence and material value is evident in his work as it also builds on and perpetuates the tradition of social criticism in Trinidad Carnival.

Marlon Griffith is an artist whose practice is based upon a reciprocal dialogue between Mas (the artistic component of the Trinidad Carnival) and art as a means of investigating the phenomenological aspect of the embodied experience: it is situated at the intersection of the visual and public performance.

Through this he has created installations and performance-based works which operate outside the context of Mas which look at fundamental questions in perception and how these actions respond to contemporary culture outside the tradional pitfalls of representation, which has displaced by the empty glamour of recent incarnations. In his refashioning of carnival forms, the work challenges both commercialization of Trinidad’s rich traditions of performance and their various appropriations by both Afro- and Indo-Trinidadians.

Through this work he is able to use symbols that define Caribbean society and social groups, which are stripped down to their basic form and abstracted to create new images and narratives that are both public and participatory that respond critically and poetically to the socio-cultural environment which powerfully evokes the uneasy tension-filled interdependency between competing social groups that shapes contemporary Caribbean societies.

Posted by Richard Mark Rawlins at 11:51 AM