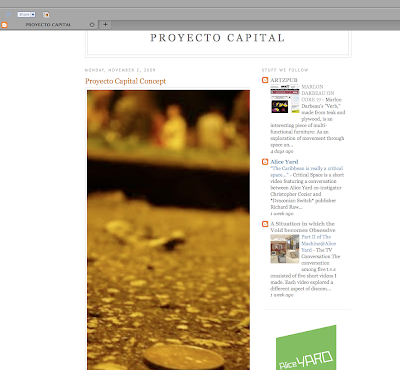 See it all here plus more pictures
http://proyectocapital09.blogspot.com/2009/11/proyecto-capital-concept.html

Together they have been collecting the coins that decorate the streets of the Port of Coins. It is based on the way foreign eyes see differently. Michelle Isava has been acting as the intermediary between the foreign and the local as she herself is half and half; with a family background from Venezuela but by birth a Trinidadian.

Once they had discovered that the coins were everywhere they felt compelled to start collecting. The interest lies in the coin's value, in Colombia a coin can be worth as much as 200 pesos and in Venezuela it can be as much as 500 b.s. and so coins are never found abandoned on the ground.

The plan therefore of this collaboration is to install mountains of coins
in various locations around the Port of Spain and document
the people's reaction to them. 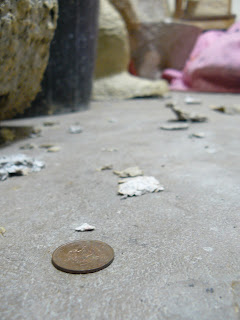 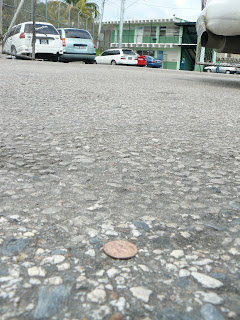 Posted by Richard Mark Rawlins at 7:44 AM