THE GENESIS OF WRITER'S BLOCK 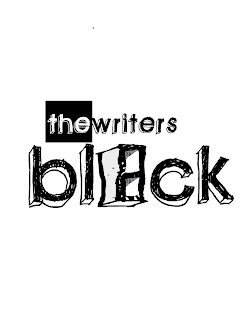 In the beginning there was the writer’s block, and it was good. Draconian Switch, not to mention the collaborations I’ve done over the years, wouldn’t be anything without the writers. Here are few of these writers and the stuff they have done or are doing and the usually pointed links to stuff that they are on. You’ve just got to love html. Let's begin... Melanie Archer, Melvina Hazard, Dwight Campbell and Darryn Boodan. Draconian Switch has been blessed with a great editor in the person of Darryn Boodan. Boods as he’s fondly called made his debut in issue two and has been instrumental in getting a greater writing pool together for the magazine. People still talk about his erotic poem “ PLACE TO”. Boods is currently working on a five minute documentary. Boods was also instrumental in bringing writers like Rhonda Badal, Sheldon Gerard Pierre and QD Ross to the Switchfold. Of course there was Ross with fellow creative Anthony Burnley were instrumental in dropping 411 on us some years ago. 411 was the big music and entertainment thing in T&T. If the issues of this discontinued mag are around in pdf, I’ll talk to Q about posting them. These days Q is involved in plenty things. He rolls deep with the Detonator crew, bubbles a helluva pot, and writes the lyrics to Matthew Burkett’s images on Shutter Def. Interestingly enough Indra Ramcharan first female editor (Draconian Switch 7) also rolled with the 411 crew at one time. These days Indra ‘10p’ Ramcharan is up indigroove.tv as a production person and sound tech. She’s currently studying sound engineering part time and working in advertising as a TV producer. Most recently she was the actress in the Richard Rawlins/ Dave Williams piece ‘This Ting This Ting’, check it out in Draconian Switch 8, the Erotic Issue. Indra was responsible for getting Nicole Martin Clarke on board. NMC wrote this really cool thing in switch 8 where you feel like you are in her head while she is viewing the EROTIC ARTWEEK symposium. Then there’s Dave Williams. I don’t have the space to begin to talk about Dave here. So click here for a cool Adele Todd interview, and download switch 8 to see Dave’s work (he was one of the organisers of EAW’09). As I write this Dave is in Martinique attending a choreographer’s workshop. Also early on the writer’s block had the likes of Ayo Ouditt and Tracy Hutchings involved. Ayo is off on a scholarship to Rhode Island School of Design. Tracy is actively pursuing his ‘spoken word’ talents. He most recently finished three performances at POWERGEN’s Emancipation day events. The latest writer to join our little artistic collective has been Sophie Wight. Sophie as you know is practically the face of Scorch magazine. Sophie was recently interviewed in the online series indigroove.tv.
Posted by Richard Mark Rawlins at 5:00 AM