BY LOCAL IN THE TTFF 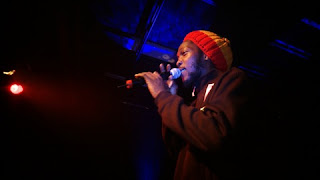 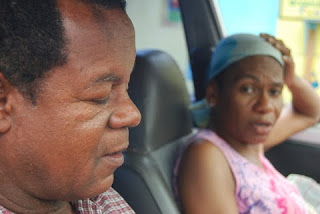 Quiet Desperation, the story of an unstatisfied middle-aged man

A number of local feature-length and short films are screening at the trinidad+tobago film festival/10 (ttff/10), currently taking place and running until October 5.

Approximately one-third of the films screening at the Festival, which is presented by Flow, are local films. These comprise both dramatic and documentary films. One of the documentaries being screened is Live From Trinidad & Tobago, directed by Curtis Popplewell and Walt Lovelace. Filmed across three weeks in Europe in 2009, Live From Trinidad &Tobago is a behind-the-scenes view of the Caribbean Invasion tour featuring the musicians Maximus Dan, Marlon Asher and Jah Melody.

Another documentary being shown is Sonya Dumas' Julia and Joyce: Two Stories of Two Dance Pioneers. This film looks at aspects of the local dance world and its impact through the eyes of two dance legends, Julia Edwards and Joyce Kirton, in an attempt to capture some of the history of dance in T&T.

Other documentaries include The Amerindians, by Tracy Assing and Sophie Meyer, about the Santa Rosa Carib community; Mandisa Pantin's Caribbean Skin, African Identity, an exploration of what it means to be African in Trinidad; and The Audacity of the Creole Imagination, Kim Johnson's short film about the origins of pan.

Among the dramatic films being shown is The Blood and the Bois, a supernatural drama about the restless spirit of a stickfighter, unable to be at peace until his death is avenged. Directed by Sigmond Cromwell, the film stars Che Rodriguez and Curtis Gross. Another of the dramas is Renée Pollonais' Quiet Desperation, the story of an unstatisfied middle-aged man, Heathcliff, and his critical and controlling wife, Merlin.

For more information on these and all the films screening at the ttff/10, including screening locations, dates and times, go to www.trinidadandtobagofilmfestival.com.

Posted by Richard Mark Rawlins at 10:01 AM